Cookie preferences
This website uses cookies, which are necessary for the technical operation of the website and are always set. Other cookies, which increase the comfort when using this website, are used for direct advertising or to facilitate interaction with other websites and social networks, are only set with your consent.
Configuration
Technically required
These cookies are necessary for the basic functions of the shop.
"Allow all cookies" cookie
"Decline all cookies" cookie
Amazon Pay
CSRF token
Cookie preferences
Currency change
Customer recognition
Customer-specific caching
Individual prices
PayPal payments
Selected shop
Session
Comfort functions
These cookies are used to make the shopping experience even more appealing, for example for the recognition of the visitor.
Note
Subshop
Statistics & Tracking
Affiliate program
Facebook Pixel
Google Analytics
Track device being used
Categories
Information
Filter
Close filters 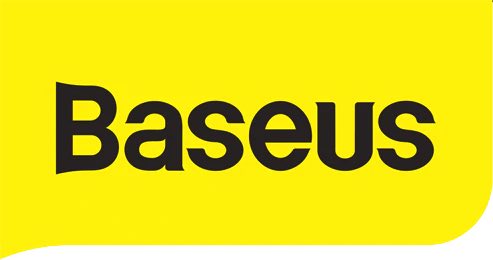 Jack plug - a dinosaur of the plug connection

The jack plug has been in use since 1877 and thus known for over 140 years. The analog plug connection is legendary and tried and tested and pretty much everyone has had it in their hand at some point. The jack plug is an audio plug for headphones, microphones and speakers. It is popularly used in instrumentation and hi-fi. The plugs are available in different sizes for different applications.

The mini version with a diameter of 3.5 mm is the most common today. You'll typically find this size on smartphones for connecting to headphones. In parallel, this size has become established for connecting headphones and speakers to laptops. A few years ago, the micro jack with a diameter of 2.5 mm was also used for headphones and headsets. However, it was rarely used and could not establish itself. The 6.35 mm jack is the standard size. This jack is used to connect electric musical instruments (e.g. electric guitars) to amplifiers and effect devices. The 6.35 mm jack can also be found in the headphone connection of high-quality stereo systems.

The structure of a jack plug is always the same, but differs in detail. A long metal pin that has a notch near its tip. After the indentation, which serves to lock it in place, come several isolation rings that divide the plug into different zones. These zones between these rings serve as poles or contacts for different signals. The rearmost zone is always the ground potential. Depending on the purpose of the connector, the pin is divided into 2 to 5 poles. The more signals in the sense of functions a plug is to transmit, the more such poles or zone subdivisions the jack plug needs.

This type is the simplest pinout of a jack plug and can only transmit a mono signal. An electric guitar is typically connected to an amplifier with this type of cable. The area on the plug above the isolation ring transmits the signal, and the remaining area is the ground, also called the earth terminal. The two-pole jack plug is also called the "TS plug" because it consists only of "tip" and "sleeve".

The tip of the plug is here responsible for the signal transmission to the left channel, the area after the hollow for the right channel. This pole is called "ring" and is separated from the other contacts by two isolation washers. The ground line is again located at the end of the shaft. That is why the three-pole design is also called TRS (Tip, Ring, Sleeve). The three-pole jack plug is used for the transmission of stereo signals. Typical applications are headphones or stereo microphones.

With the increasing use of headsets, the need for jack plugs with 4 contacts grew. Two contacts are needed for the headphones (ear left, ear right), one contact for speech (mono) and one contact as ground pole. A four-pole jack plug is called a TRRS plug. In addition to the stereo signal for the ears, the voice can therefore be transmitted via another audio channel.

This type is very rare, but it can be found, for example, on headphones with the additional function "noise cancelling". The fifth channel is there to transmit the external noise, which should be cancelled with the corresponding counter signals in the headphones.

Adapter 6.35 mm jack, 3.5 mm jack, 2.5 mm jack All these plug sizes can be adapted to the different audio jacks via adapters. For example, you can connect professional headphones with a large jack to your laptop.

If you want to connect a smartphone, tablet or MP3 player to a hi-fi system, you need a suitable adapter cable. The jack side is plugged into the output device, the RCA connectors are connected to the amplifier.

With the help of special transmitters and receivers you can make a jack output to the transmitter and a jack input to the receiver. A Bluetooth transmitter/receiver is plugged into the jack socket. This way you can easily upgrade audio systems with this wireless transmission technology.

The XLR plug format is mainly used in the audio industry (e.g. recording studios). Suitable adapter plugs and adapter cables are also available for this purpose.

Jack to USB-C and Jack to Lightning adapters

Some smartphones no longer have the classic 3.5mm jack output for headphones. The sound can be taken directly from the USB-C or Lightning port there. To connect the classic wired headphones, you can find corresponding adapters.

Switch to the appropriate shop now

We have established that you are not in Germany and that we can offer you better shipping conditions in our shop for your location.