This kit has everything* you'll need, including a Pi Zero W, our flash new pHAT BEAT DAC and stereo amp, a 5W speaker, and a beautifully retro acrylic enclosure to make it look the business. It'll take you around 30 minutes to assemble everything** (check out our assembly guide for details).

Kit contents*
*Just add your own micro-SD card
**Note that this is a soldering project, although you could use one of no-solder hammer headers!


Pirate Radio uses our new pHAT BEAT DAC and stereo amp. to drive the single speaker (left and right channels are mixed when you flip the DIP switch on the underside to mono mode). pHAT BEAT uses the same I2S mono DAC and amplifier that we use on Speaker pHAT and Picade HAT and... adds a second one for stereo goodness! The two rows of 8 APA102 RGB LEDs make the perfect VU meter, and there are 6 buttons along the edges to control your audio.

This kit takes advantage of the built-in wireless LAN and Bluetooth on the Pi Zero W, meaning that there's no longer any need for a USB Wi-Fi dongle. We'd suggest using the Volumio OS (see the caveat below) for Raspberry Pi, that lets you play local music (e.g. MP3 files), internet radio, stream via Airplay from your iPhone, or even use Spotify with the plugin.

(Note that, currently, there is no support for the wireless LAN on the Pi Zero W in Volumio, but we suggest some interim alternatives here)

Software
Our nifty one-line installer will get your pHAT BEAT configured and install our VU meter plugin for ALSA that uses the RGB LEDs on pHAT BEAT to display sound levels.
We've also put together a Python library to allow you to control the LEDs independently, if you wish, and to program the buttons to do whatever you wish.
Note that if you're using Volumio, you can use their GPIO buttons plugin to assign functions to the buttons on pHAT BEAT. 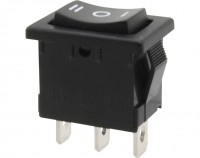